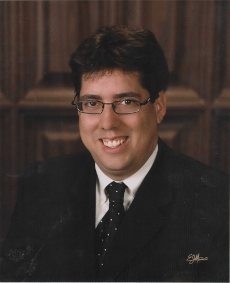 From 1992-1997, Mr. Wall focused on expanding his knowledge of law, science, and litigation. He worked as a quality assurance/quality control officer for an environmental chemistry company in Minnesota, and served as a consultant for a law firm handling complex litigation between two Fortune 500 companies.

Mr. Wall was admitted to the State Bar in Pennsylvania in September 1997. Since that time, his focus has been on representing victims injured in Vehicle Accidents and by Medical Negligence, those applying for Workers’ Compensation benefits, and individuals appealing denials of Social Security Disability claims.

A member of the Missouri State Bar Association, Mr. Wall is licensed to practice in all Missouri State Courts, as well as Federal District Court for the Western District of Pennsylvania.

His community service has included serving on committees for the Erie County Bar Association, including the Civil Rules Committee, the Workers’ Compensation Committee, and the Legal Journal Committee. He has also taught at Mercyhurst College as an Adjunct Professor of Law, teaching Environmental Law and guest lecturing in Business and Constitutional law.

Mr. Wall currently resides in the greater St. Louis community, with his wife and five children.