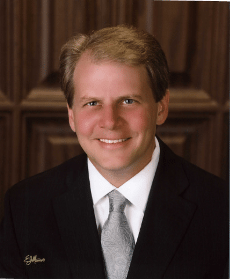 Born and raised in Erie, Pennsylvania, Attorney Michael Koehler earned his Bachelor’s Degree in Business Administration from Gannon University. After attending the Boston University of Law and the University of Pittsburgh School of Law, he received his Juris Doctor degree in 1989.

Mr. Koehler served as a Judicial Law Clerk for both the Lawrence County Court of Common Pleas and the Honorable Dante Pellegrini of the Commonwealth Court of Pennsylvania. He returned to Erie in 1992 to enter private practice, where he represented clients in personal injury, vehicle accident, and workers’ compensation cases.

He assists with a AA travel hockey team based in Cleveland, Ohio, as a Level 4 USA Hockey Coach.

Mr. Koehler currently resides in the McKean Township with his wife and three children.